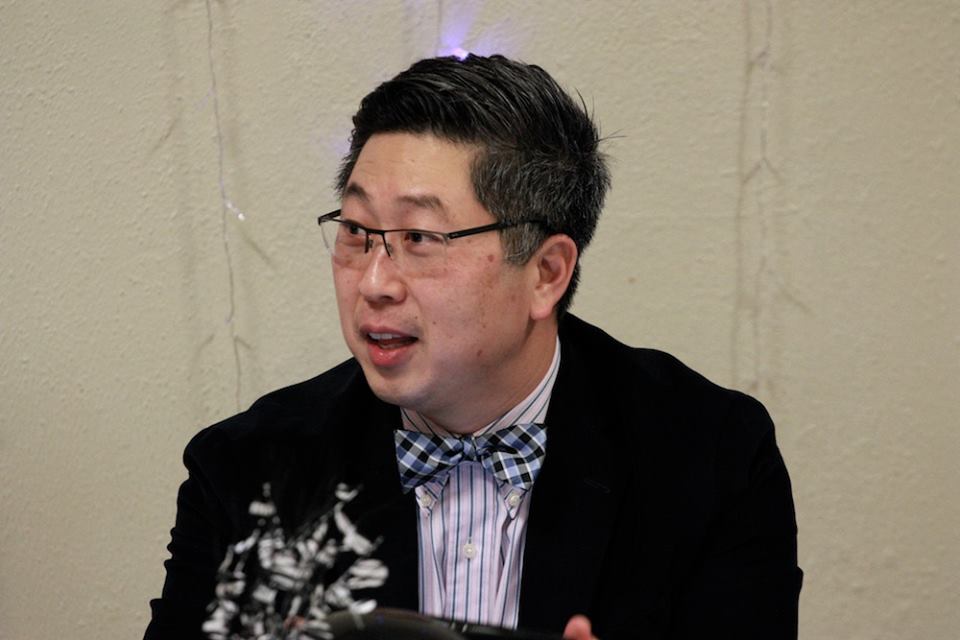 The Michigan Conference Executive Committee has appointed Pastor Andy Im to serve as the new Director of Communications for Michigan.  Although Andy remains an integral part of CAMPUS, he now fills the vacancy left by Justin Kim who accepted a call as the Assistant Director for Sabbath School and Personal Ministries at the General Conference.  Andy’s passion for photography and keen understanding of social media trends will take his department to the next level.  We look forward to God’s blessings in the upcoming years!

From February 12-14, CAMPUS will be holding its Winter Retreat under the theme: SEXUAL BY DESIGN.  Sexuality is a topic that is often neglected in Christian (and especially) Adventist circles.  Among other things, the retreat will address our need to speak about sexuality and the Bible, provide professional counseling for people who have sexually related struggles, and address biblical sexuality.

Plan to be there and invite your friends!

ANDY IM TO SHARE ON ADVENTIST APOLOGETICS AT GYC

Pastor Andy Im will be speaking at GYC in Louisville, KY on the topic of Adventist Apologetics as a workshop presenter from December 30 to January 3.

In the last couple of years, CAMPUS has increased its interest in this important topic and is in the process of developing the Institute of Adventist Apologetics under Im’s leadership.  With a degree in Political Science from the University of North Carolina, Chapel Hill and an MA in Theology, Andy Im has a passion for explaining Scriptural Adventism in a way that is intellectually satisfying.

He has struck a cord speaking on this topic in various university venues across the nation, deepening the legitimacy of this type of resource for Adventist students on college campuses.

GYC has been known for addressing the needs of students on public college campuses.  CAMPUS is the birthplace of GYC.  Andy Im and Justin Kim both serve on the board of directors and direct CAMPUS.  Thus, CAMPUS is excited of this opportunity to share on this topic in December.

At the upcoming annual convention in Kentucky, Moise Ratsara will replace Natasha Neblett, becoming the fifth president of GYC.  He is a host for CAMPUS Ministerial Residents in Jackson, MI and is married to Amy Ratsara (Sheppard), a graduate of the University of Michigan (History) and University of Virginia (Law) and the CAMPUS Missionary Training Program.

In November CAMPUS Directors met with Michigan Conference officers in preparation for an upcoming Board of Directors Meeting on November 30th.

The structure is a very important practical step for Public Campus Ministry.  One element that makes us different from other campus ministries is our church structure.  If PCM will thrive in the Adventist Church it must fall under a structure that is financially viable and practical for conference presidents and executive committees.  The proposed structure ensures that funds are maximized and ministry responsibilities streamlined within an already existing conference structure.

The CAMPUS Report is included in the prezi below:

On November 16, 2015, the Lake Union Conference appointed Pastor Israel Ramos to serve as its Public Campus Ministry Coordinator.  The invitation was extended upon the recommendation of conference presidents and youth directors after an increasing interest in this ministry by the Adventist Church at all levels.  Israel Ramos is the first to serve in union-level Public Campus Ministry leadership since no other North American union has appointed this type of position before.  The hope is that other unions will follow suit in the near future.

Michigan Conference remains the only conference in North America with a full-fledge Public Campus Ministries Department which also oversees the Center for Adventist Ministry to Public University Students or CAMPUS.  Israel Ramos, Andy Im, Justin Kim, and Sikhu Daco oversee the department and CAMPUS, which has a Missionary Training Program that has been running since 1999.  CAMPUS recently launched a Ministerial Residency that trains future ministers in leading University Churches or UCHURCH–congregations near public campuses that view college ministry as a primary objective.  In the last three years, three of its residents have been hired as pastors.

The appointment to the Lake Union comes at a crucial time for CAMPUS, the Lake Union, and Public Campus Ministry in general.  With an influx of public campus ministry practitioners, CAMPUS has been working on developing a structure for Public Campus Ministry that is uniquely Adventist.  It has also taken steps towards beefing up Adventist Apologetics to strengthen the faith of Adventist students on college campuses and also as a form of evangelism for intellectually inclined students.  Additionally, for several years, CAMPUS has been working on a Bible Commentary project designed to intuitively integrate with the lives and lifestyle of students.

With the new appointment, the possibility exists to further test these resources with a wider audience and to eventually produce a final product that will really advance Adventism on secular campuses.

CAMPUS looks forward to future possibilities for preparing public campuses for the imminent return of Christ.